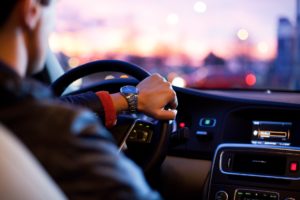 In California it’s superficially about over-drivers, but many more industries are affected, Photo: Pixabay, free_photos

At the beginning of June we reported that Californian freelancers were trembling for their contracts: The „Dynamex ruling“ and the plans to bring it into law unsettled clients not only in the solar state, but throughout the USA. They terminated cooperation with freelancers based there and instead awarded their contracts to self-employed workers in other states.

Unionizations of low-paid crowdworkers had tried to sue their clients with union support. The voluntary self-employed resisted being forced into employment as well.

On Tuesday of this week, according to a report of the New York Times, the state of California has actually passed a bill („Assembly Bill 5“, Wikipedia entry with numerous further links), which forces App-based platforms such as Uber and Lyft to treat their previously independent contractors as employees, i.e. to grant them sick pay and paid vacation.

.
According to law initiators, a total of more than one million workers in California are affected, examples of which include food couriers, caretakers, construction workers and employees of nail salons in addition to over-drivers. Apparently, however, many more highly qualified self-employed people are also affected and are to be treated as employees in the future.

The law excludes only a few (mostly liberal) professions such as (dental) doctors, psychologists, lawyers, accountants, architects and engineers, insurance and real estate agents as well as stock exchange traders. They would have previously argued for exceptions, and they would work directly with their clients and set their own prices. Direct sales staff are also likely to be exempted. (There will be a transitional period of one year for newspaper delivery companies. They would therefore not be employed until 1.1.2021.)

For some other professions („professional services“), it appears that the existing, less strict bogus self-employment criteria will continue to apply. The law text states: „(c) (1) Subdivision (a) and the holding in Dynamex do not apply to a contract for „professional services“ as defined below, and instead the determination of whether the individual is an employee or independent contractor shall be governed by Borello if the hiring entity demonstrates that all of the following factors are satisfied“. Borello refers to an earlier judgement on the subject of bogus self-employment in 1989, which contained other criteria (according to our understanding: own office, business or tax registration, possibility to set own prices, self-determination with regard to working hours, is still active for other customers, scope for decision in the execution of the activity).

In the future, however, these criteria will only apply to very specific professions, although the exact delimitation will probably cause a lot of controversy. New professions would first have to struggle hard to achieve this status – similar to the statutory catalogue of liberal professions in Germany. The liberal professions privileged by law are among them: Marketing and personnel service providers, travel agencies, graphic designers, grant authors, visual artists, photographers and photojournalists, freelance journalists (as long as they do not write more than 35 articles for one medium), hairdressers. and beautician. Lyft told the Gizmodo: „The fact that more than 50 professions were removed from AB5 is very revealing.“

The bill was passed with 29 to 11 votes and will probably be signed shortly by the democratic governor, Govin Newsom, who took office in January of this year. The new regulation is to come into force on 01.01.2020.

Employees in the core area of the company must be hired

The law adopts the three criteria of the Dynamex ruling, which are also referred to as the „ABC test“. All three criteria must be met for an activity to be considered independent:

The first condition (A) corresponds to the criterion of the right to issue directives also applicable in Germany. The second condition (B) deals with whether an activity represents a core activity of the contracting authority or only a secondary activity which may then also be outsourced. (C) excludes certain existing professions.

Is (B) another useful criterion for bogus self-employment? In the Dynamex judgment, a three-part test was developed which also includes the criteria of whether the employed person operates autonomously and is free to work for other (competing) companies.

Anyone considering transferring the regulation to German conditions should bear in mind that the protection of employees and dismissal at companies in Germany is much more far-reaching than in the USA. While in the USA it is „only“ a question of access to health insurance, continued pay and paid holidays, such a regulation would have far more far-reaching implications in Germany.

Influence on legislation in other states

The Californian push could also influence legislation in other US states. Similar legislation has recently stalled in Washington and Oregon, also on the west coast, and activists in New York are pushing for such legislation. In New York City, a minimum wage for drivers had already been decided last year – however, to classify them as employees.

Driver initiatives such as „Gig Workers Rising“ welcomed the decision as a breakthrough. Other drivers rejected it because they feared disadvantages, especially in terms of free time management. Industry experts estimate that the California law could increase the cost per trip by 20 to 30 percent and significantly reduce the demand for trips and thus drivers. However, the introduction of a minimum wage for drivers in New York City did not lead to any significant price increases and business there seems to be continuing to grow.

Uber and Lyft see their business model threatened and wrote to their customers and drivers in August asking them to turn to the legislator. Together with the delivery service DoorDash, they want to finance an initiative with 90 million dollars with the aim of exempting their companies from the law. Apparently, a kind of referendum on the law is planned.

Uber and Lyft had also tried in negotiations with the California government to introduce a third type of employment status in addition to self-employment and employment, granting the right to a minimum wage and trade union organization, without classifying those affected as employees.

According to the New York Times, there is also a labour court ruling in the UK that classifies an over-driver as an employee entitled to minimum wages and leave. An appeal has been lodged and the Supreme Court will rule on the case in 2020.

The coverage of the New York Times has been well received by readers. Two editorials/comments also deal with the subject: „Take the ‚Gig‘ and Shove It“ and „You Call It the Gig Economy. California Calls It Feudalism“.

What do you think of the development in USA?

We at the VGSD are of the opinion that abuse should be combated in a targeted manner, with the aim of circumventing the minimum wage and saving on social security.

We are looking forward to your comments. You are also welcome to add additional information that you have discovered while reading the draft law or reading articles about it. Thank you!

(English) New law: Self-employed are placed under general suspicion and come into the crosshairs of customs (English) Report: Meeting with State Secretary Dr. Schmachtenberg on the status assessment procedure (English) Six approaches to overcoming the existing legal uncertainty - Which are the most effective?
Permalink